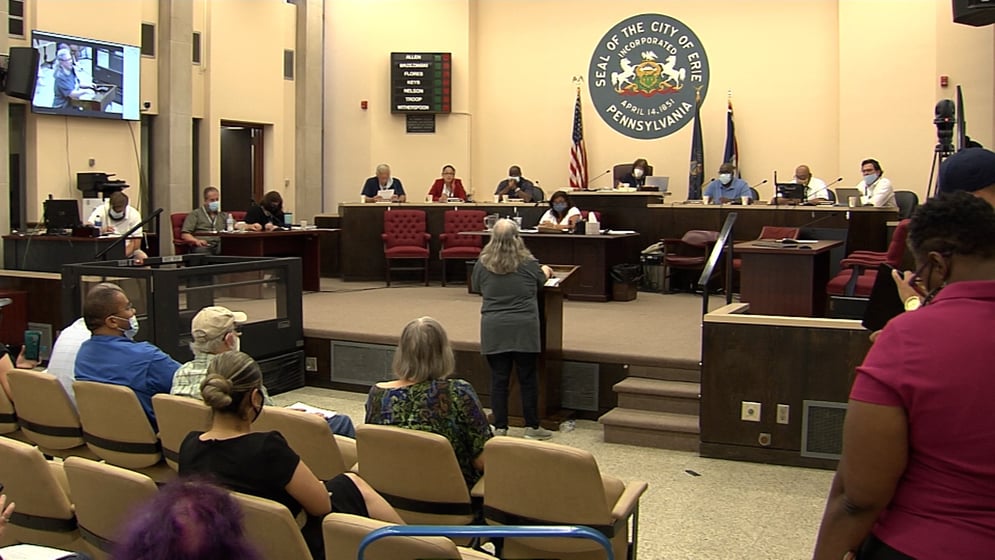 The Erie Fraternal Order of Police is calling on Erie City Council members to reverse their motion to defund police officers who they approved to hire.

On Wednesday, in a 5-2 vote, Erie City Council approved a resolution to hire nine new officers, who will be paid through a portion of the city's American Rescue Plan funds, for five years.

City council then passed another resolution at the request of Erie City Councilman Chuck Nelson, ensuring that the positions would not be funded past 2024.

On Wednesday, the Erie FOP President Justin Stidham released a two-page statement, which says, in part:

"The decision made by Erie City Council to DEFUND already approved American Rescue Plan funds allotted to the Erie Police Department is irresponsible to the Citizens of the City of Erie."

He goes on to say:

"The Erie Fraternal Order of Police strongly urges Erie City Council to reverse the motion made on June 15th, 2022 to prematurely DEFUND allotted American Rescue Plan funding for the expansion of police service's and protection in the City of Erie."
Nelson say the statement is inaccurate.

"It's lies," said Nelson.  "To defund it, it would mean we have less cops, less money, less portion of our budget.  All of those are opposite of the truth.  This is just copaganda."

Nelson says council is not expected to reverse their decision.

"I don't see any scenario that city council revokes that resolution in the next year and a half." said Nelson.

The new hires are set to be sworn in on June 27.

This story is supported by the Economic Hardship Reporting Project.

Erie News Now: Coverage You Can Count On