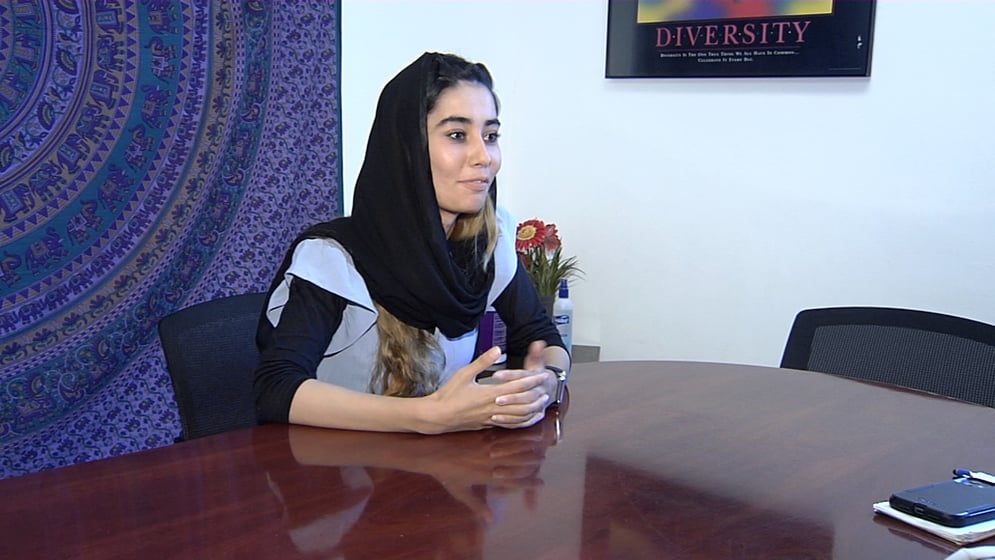 For Haieda Sharifi, the past year has been life-changing.

Last August, she was living in Kabul, when American troops withdrew from Afghanistan, leading to a Taliban takeover.

As the Taliban seized control of Kabul, Sharifi and her family knew they had to escape.

"My parents work with the U.S. government," said Sharifi.  "When the Taliban found someone who worked with the U.S. directly, they will kill them.  They will torture them."

Sharifi, her siblings, and her mother were forced to flee Afghanistan without her father.

"I don't know about my father because when the Taliban came to our house, they took my father," said Sharifi.  "We don't have any information what they did to him."

Haieda's uncle helper her family get on a plane and out of Afghanistan.

They spent time in Qatar, Washington D.C. and Texas before settling in Erie.

"It was a very hard experience for us, for all of my family," said Sharifi.  "It wasn't easy."

Sharifi is one of 301 refugees from Afghanistan receiving assistance from the USCRI of Erie.

"They help out with housing, with stuff we need, because when we got here, we didn't have anything except the one clothes we had." said Sharifi.

Haieda now works for the organization as a case worker and is also a student at Gannon University.

Despite many challenges, she's glad to be part of the Erie community.

This story is supported by the Economic Hardship Reporting Project.

Erie News Now: Coverage You Can Count On